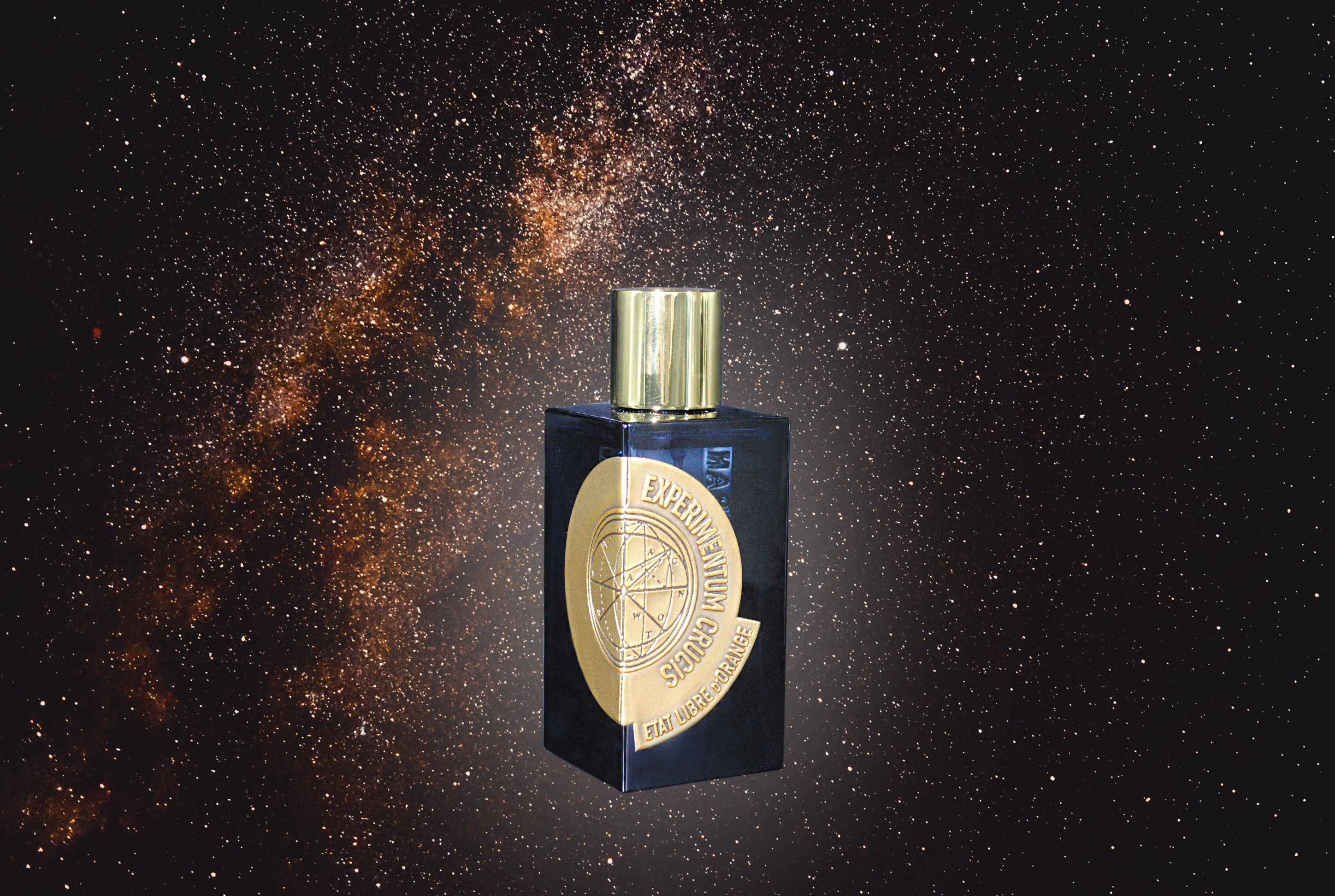 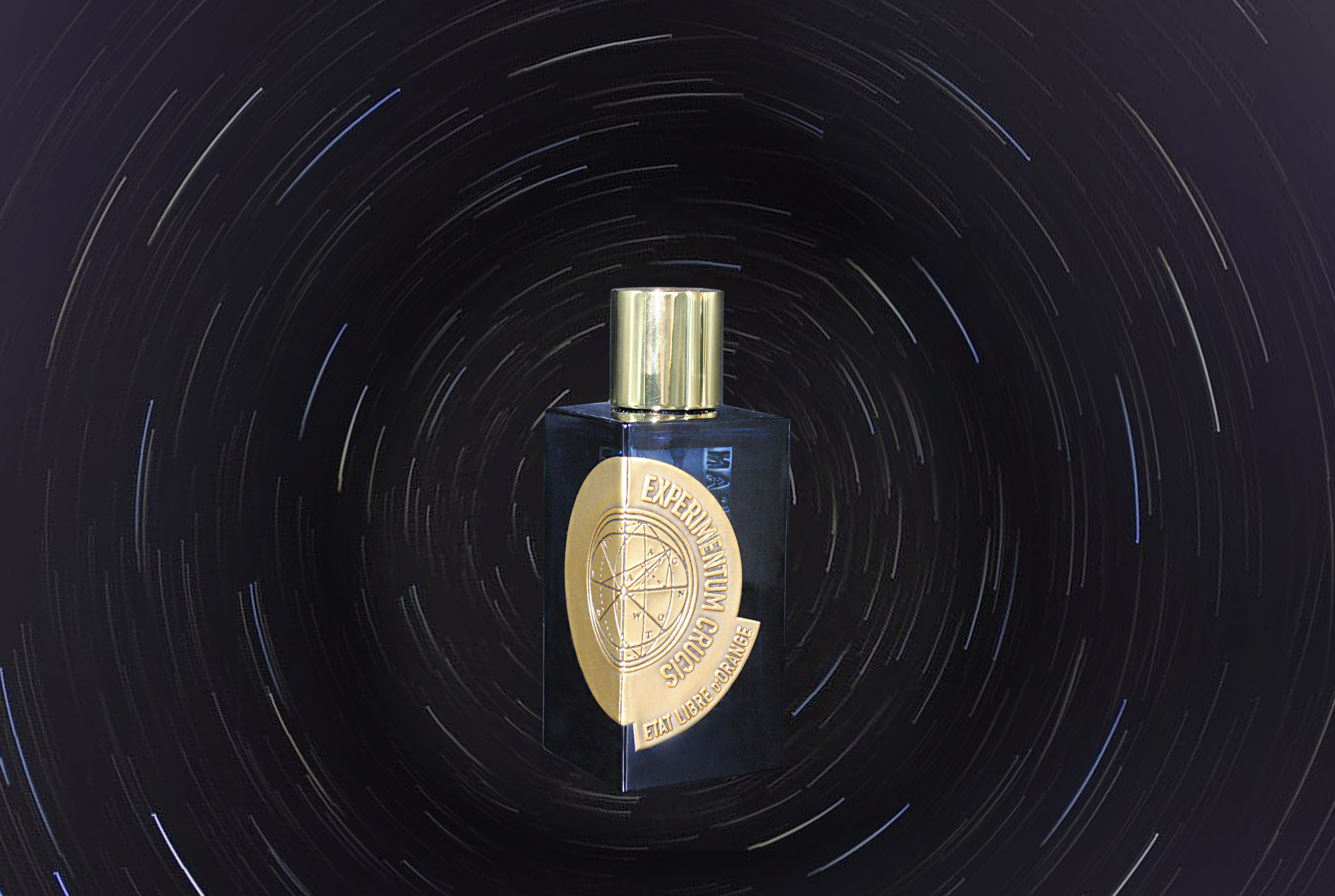 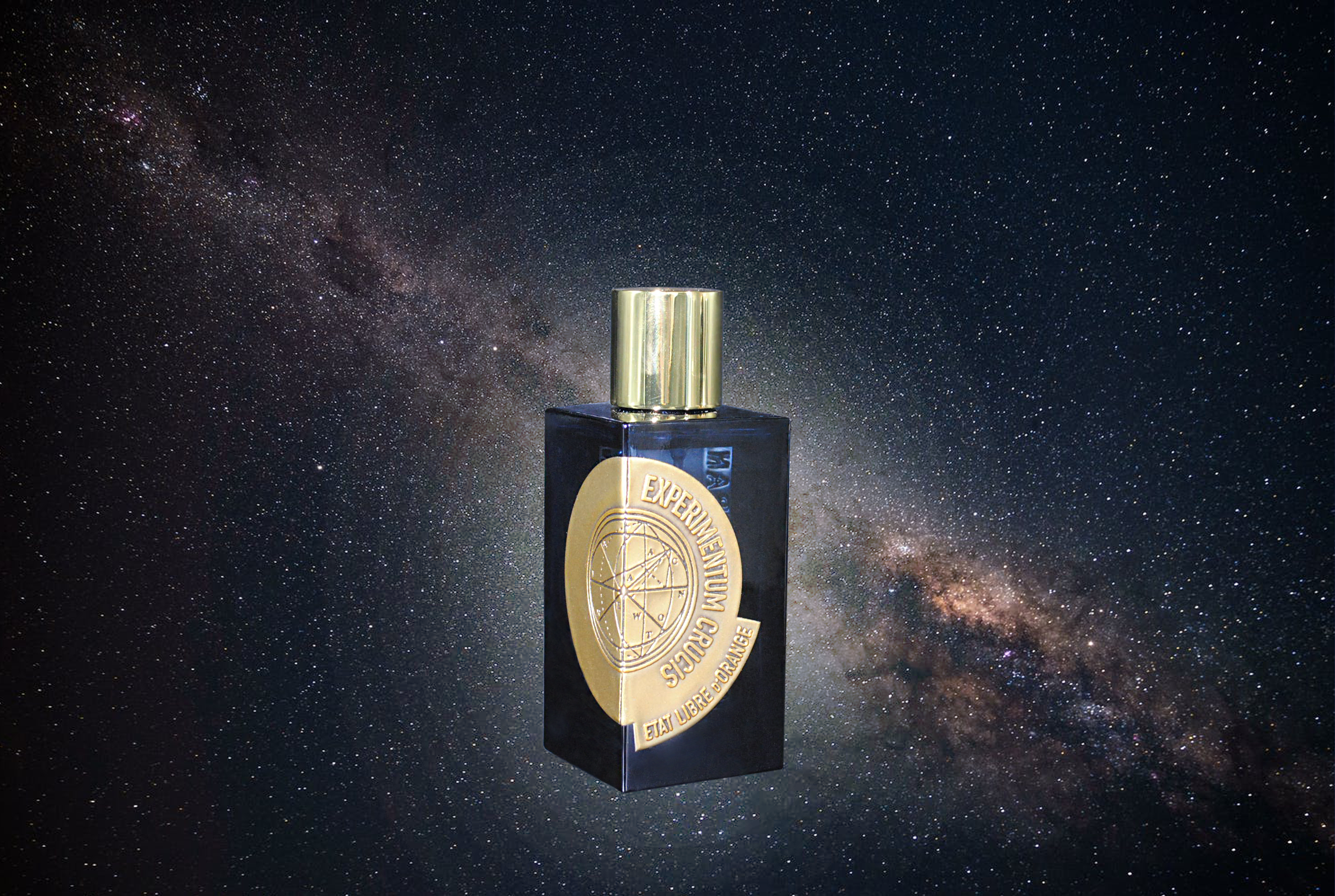 Newton was once inspired by his surroundings, namely the apple falling from the tree. This observation of a seemingly minimal action led to his discovery of gravity. The understanding of the inevitable fall of an apple detached from the branch is due to this invisible earthly force. Etat Libre D’Orange also seeks inspiration from its surroundings. Revisiting the story of Newton’s observations, the brand imagines if the notorious apple was replaced by a fragrant rose. Owner, Etienne de Swardt, fantasizes how this would impact Newton’s theory. Perhaps, beyond a scientific discovery, Newton may be impacted by the natural beauty of the rose blessing his senses.

Consistent with this story, the scent features the abruptness of a fallen apple or rose—sudden and direct. The initial spray is striking, yet it soon mellows into a lingering scent that never leaves, similar to the discoveries of Newton.

Newton’s discoveries scale beyond the physical, as light was also a concern. The properties of light, specifically white light, appear as the lack of color. However, white light is conversely the absorption of various colors. The white spritz of fragrance metaphorically embodies a myriad of flavors, similar to the white light’s absorption of numerous colors. The scent is united by a complex array of flavors. As previous indicated, the inspiration from Newton’s observations of gravity and light paved for this fragrance. 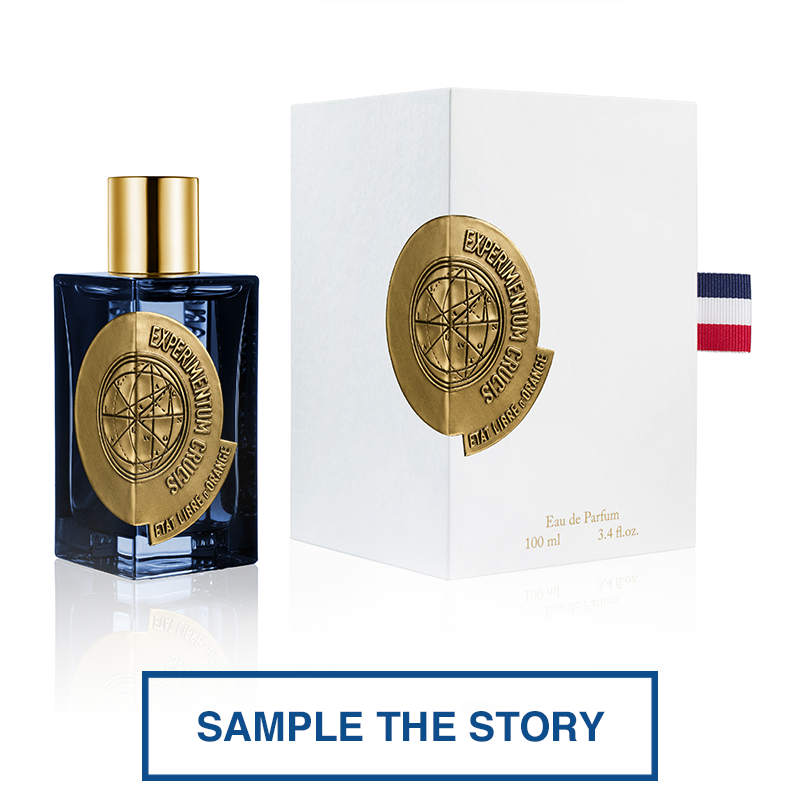 The fragrance utilizes a range of natural flavors to complement and reinforce its contrasting aromas, inevitably forming a fragrance unlike any other. Initially, the citrus tones strike the user through the usage of apple and lychee. The tang is juxtaposed with the earthiness of patchouli and musk. The scent is then topped with the sustained sweet scent of rose, jasmine, and honey. 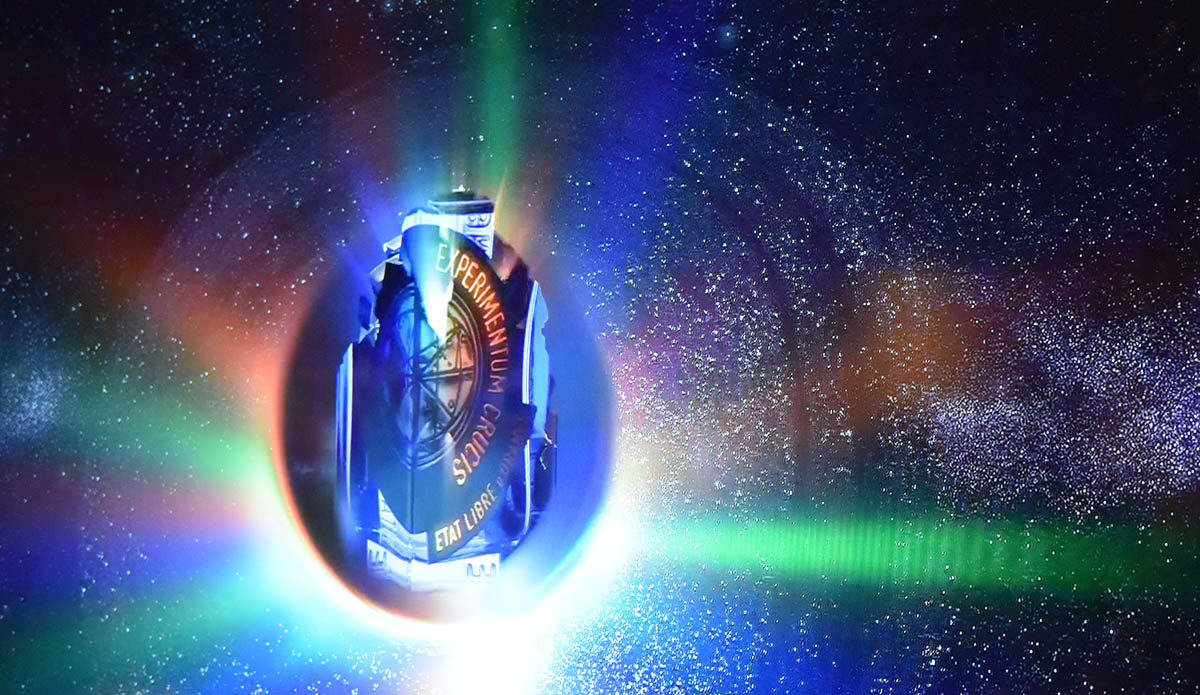 The bottle design also incorporates Newton’s discoveries in its gold coloring, reminiscent of Newton's brightness as an intellectual. The bottle also features the brand’s iconic circular stamp. However, rather than the patriotic colors of red, white, and blue, it is a gold matrix seeming to have been sketched by Newton as he hypothesized his discoveries. The labeled letters within the design of this magnetic field spell out Newton’s name alongside the name of the fragrance, Experimentum Crucis.

These discoveries are not limited to the natural sciences, and thus may be echoed within design. As time progresses, there is a continuous drive to advance, notably within the design field. By incorporating science, Etat Libre D’Orange has explored beyond the limitations of the traditional fragrance industry. 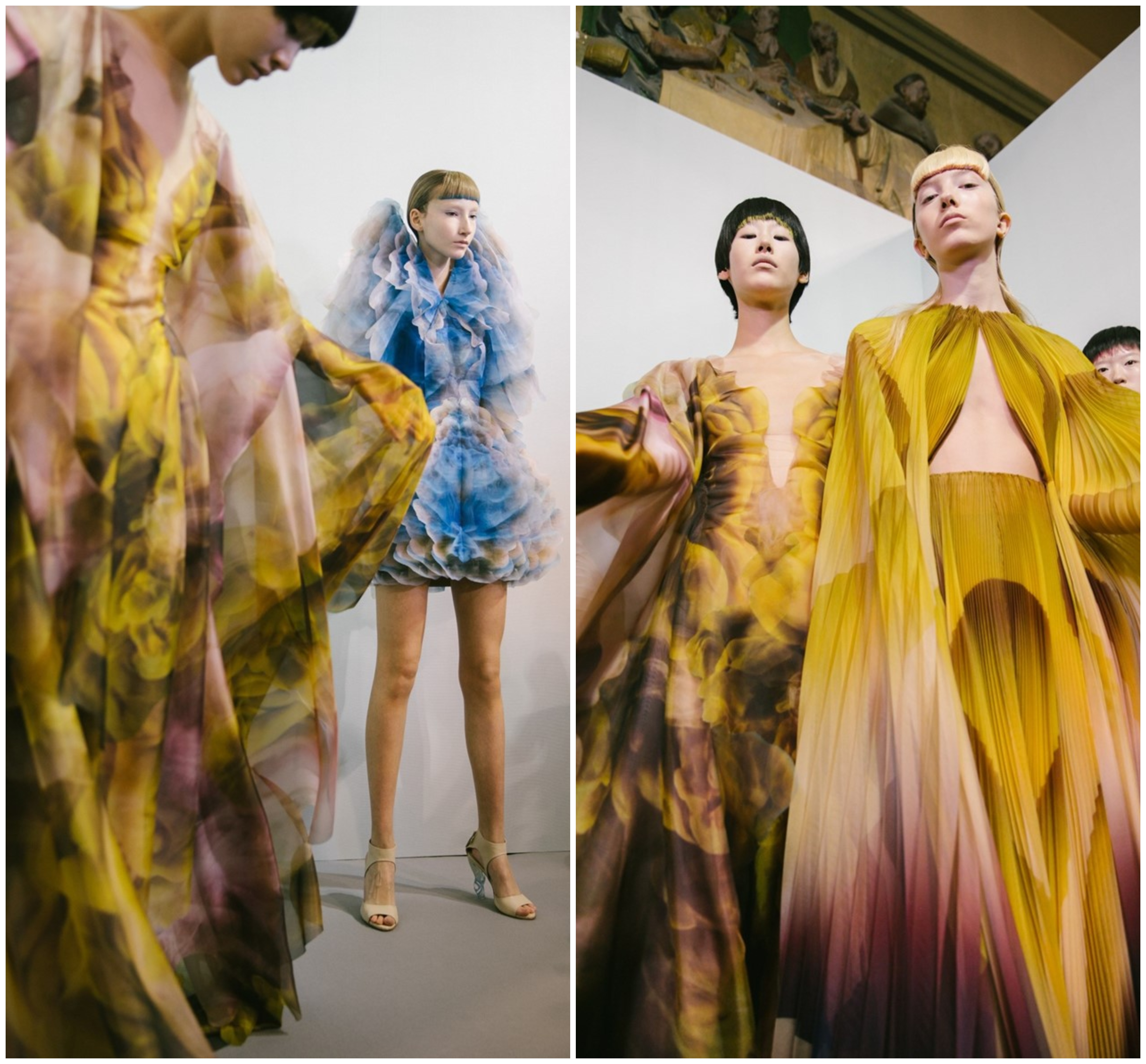 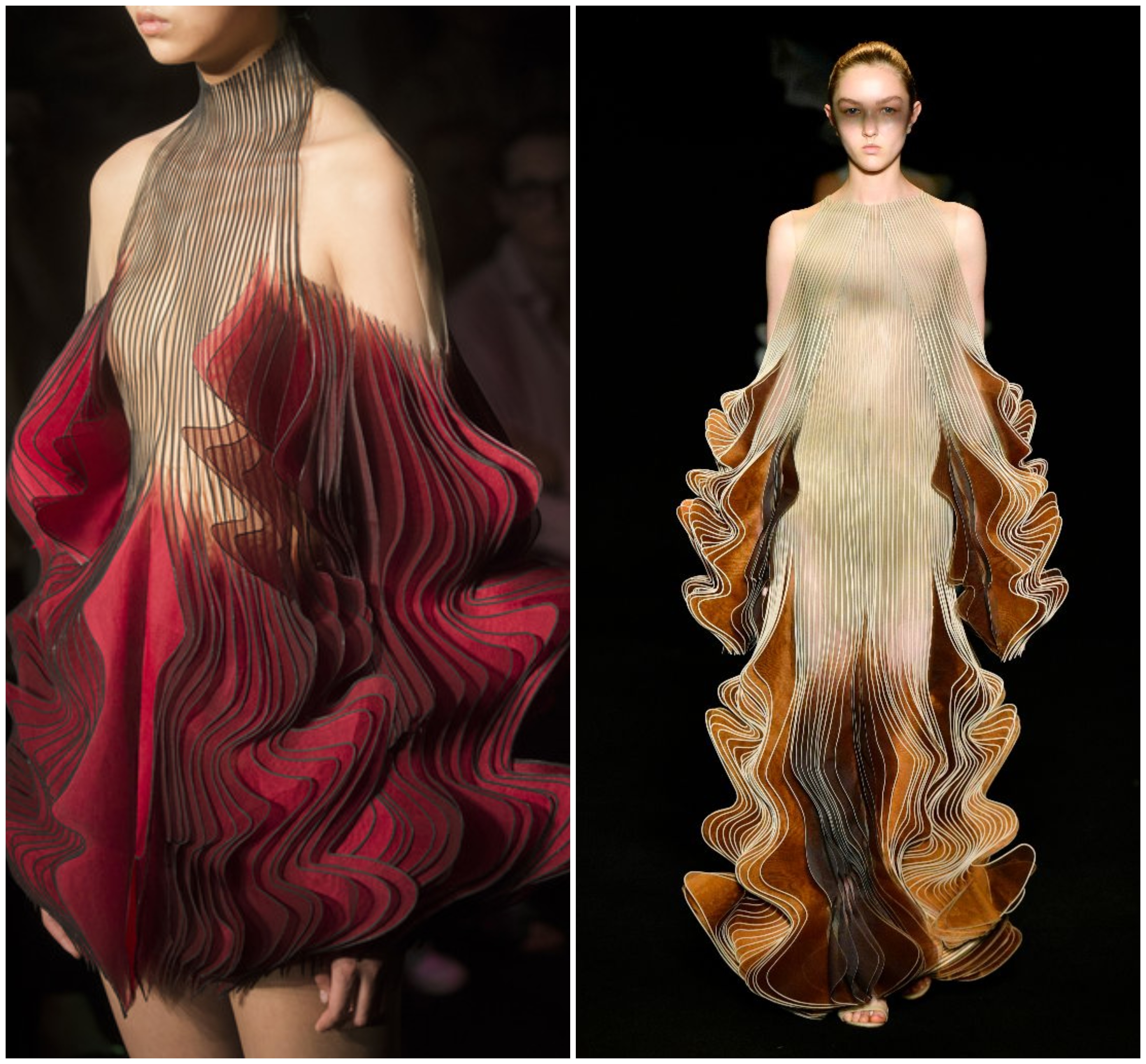 Similarly, within the fashion industry, Iris Van Herpen utilizes advancements within technology, such as the 3D printer, to craft her couture garments. Couture is confined to a longstanding tradition and rigid qualifications. This reality did not hinder her from challenging the norms of garment production. Van Herpen was able to appropriate this scientific discovery in her design aesthetic.

By merely printing individual pieces, she then tailors them to her models. Her usage of 3D printing creates a texture and movement that is unachievable through customary textiles.  As the pieces move down the runway, they bounce along with the models’ strides, creating an animated feel to the collection. In addition to texture and movement, color is of concern in the collection. She fuses color to create illusions and add depth. 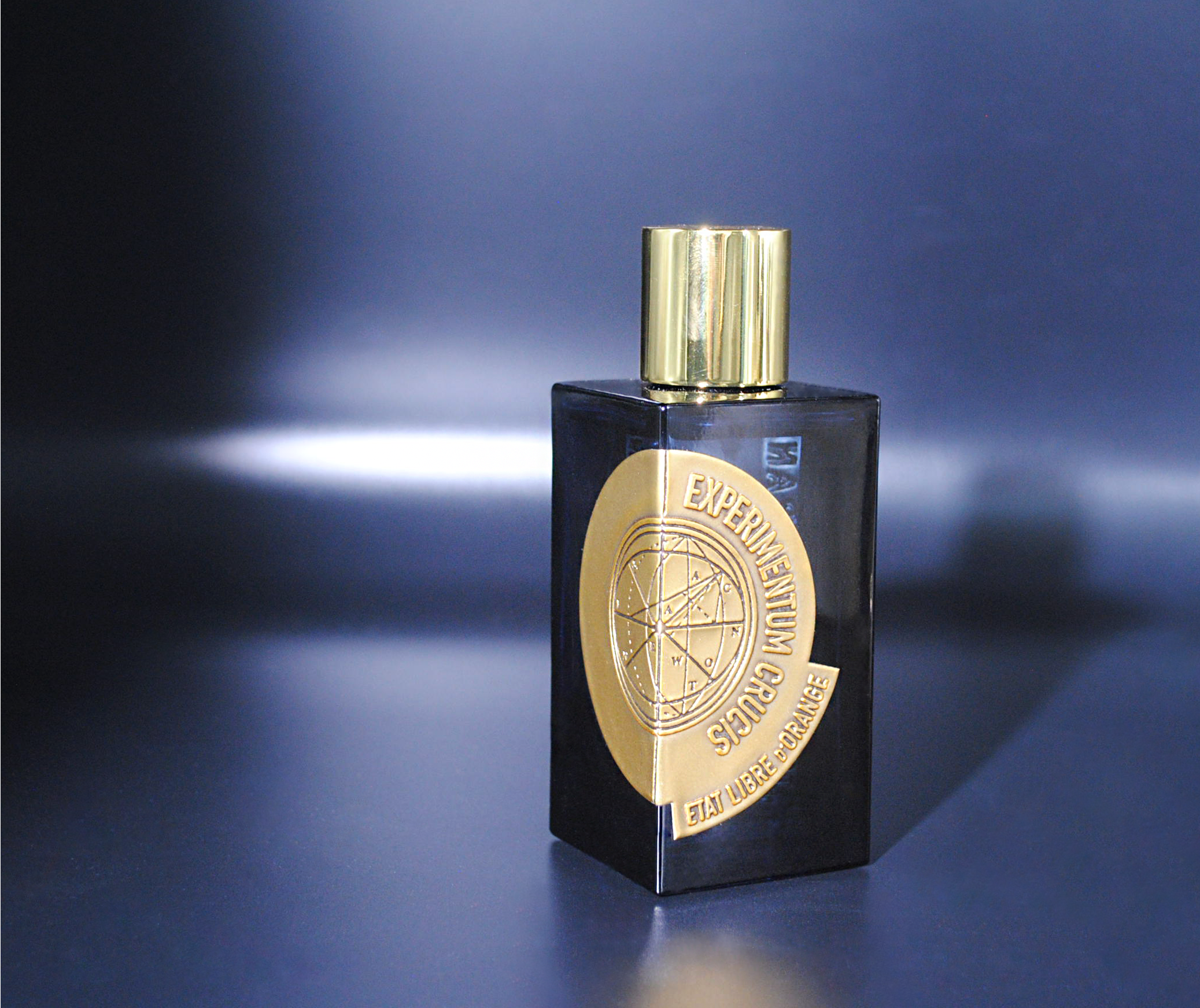 It is apparent that science remains an interest within the fragrance and fashion industry. Thus, inspiration may be garnered in unconventional disciplines. Etat Libre D’Orange and Iris Van Herpen have successfully expanded beyond the confines of their field, truly serving as meeting places for science and design. 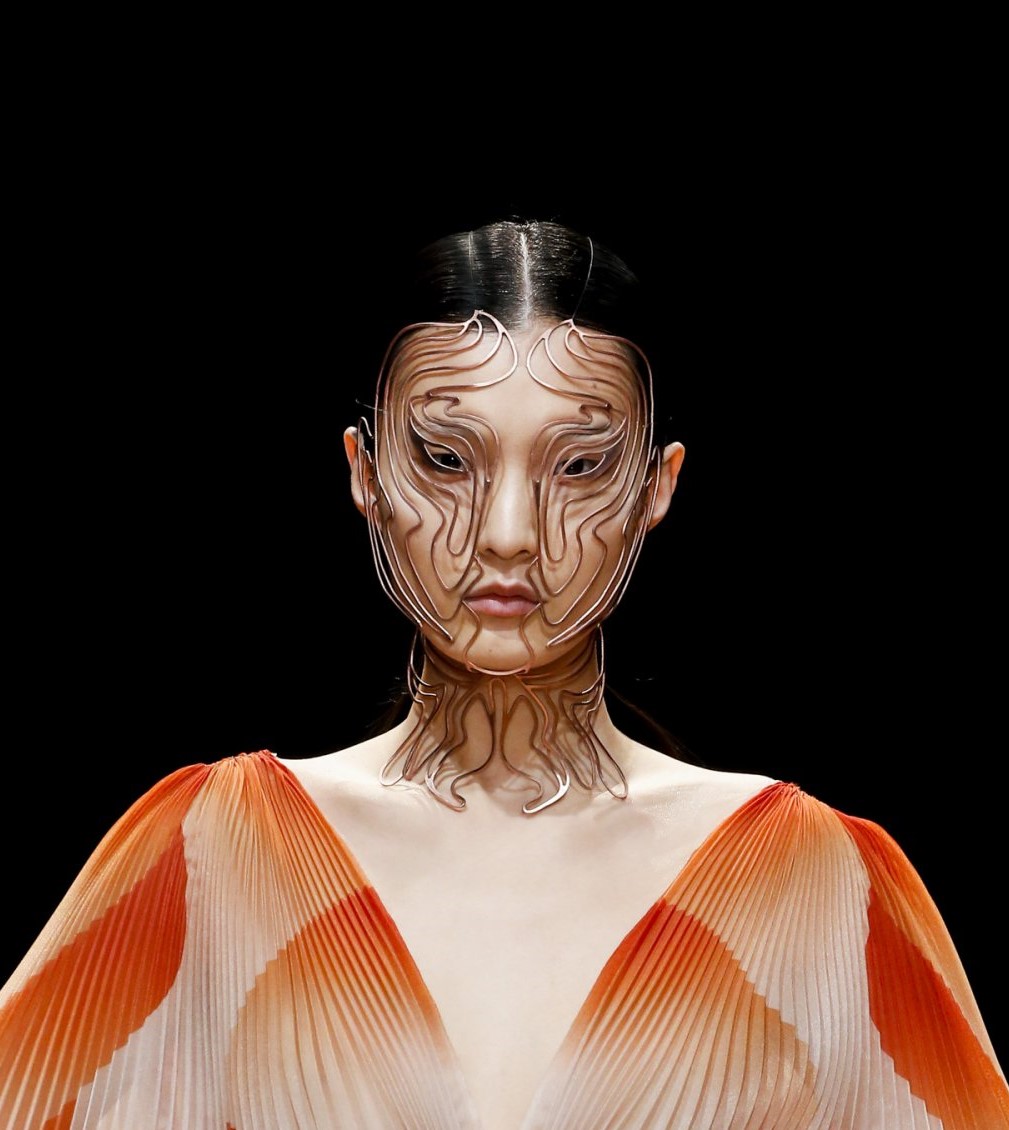 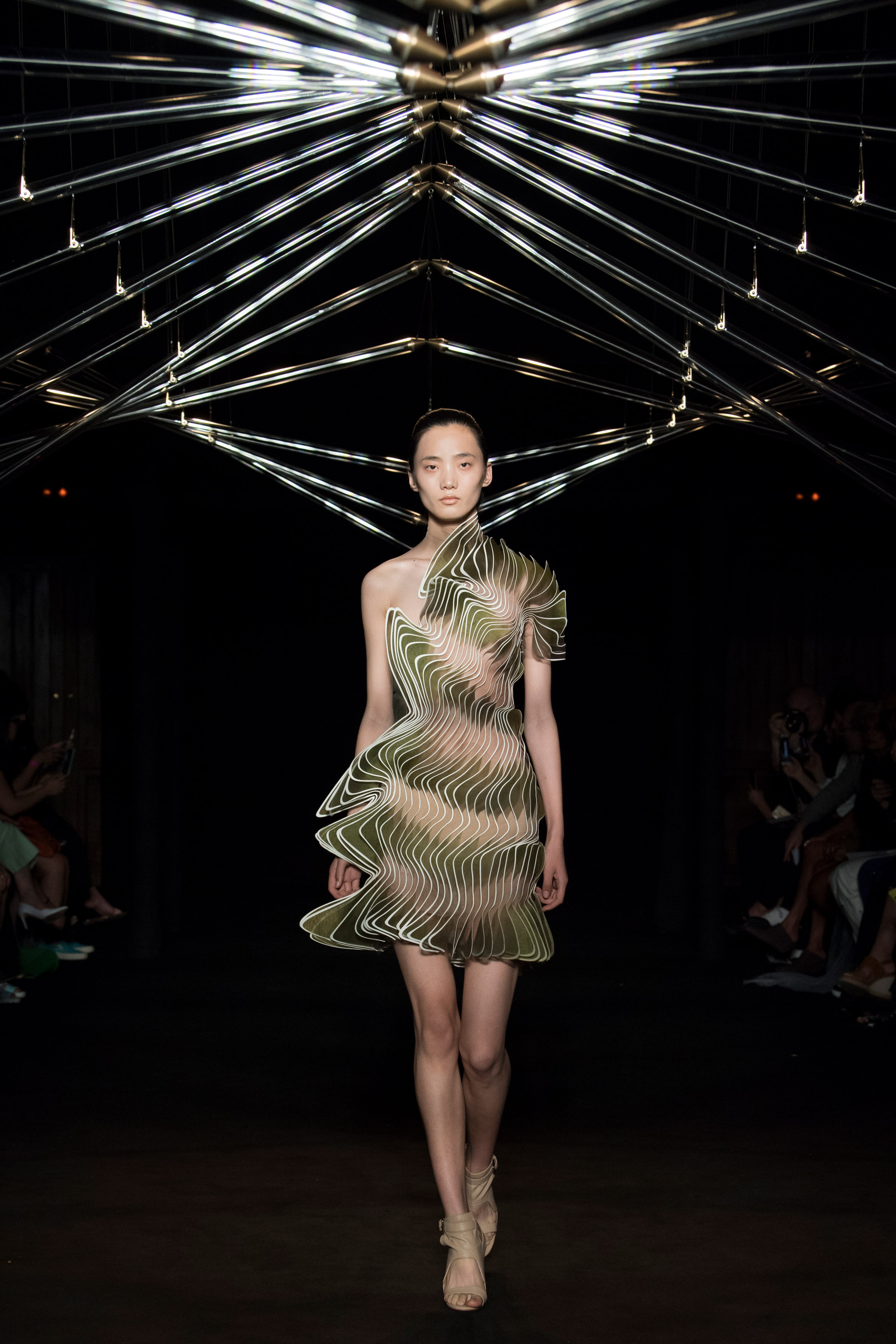 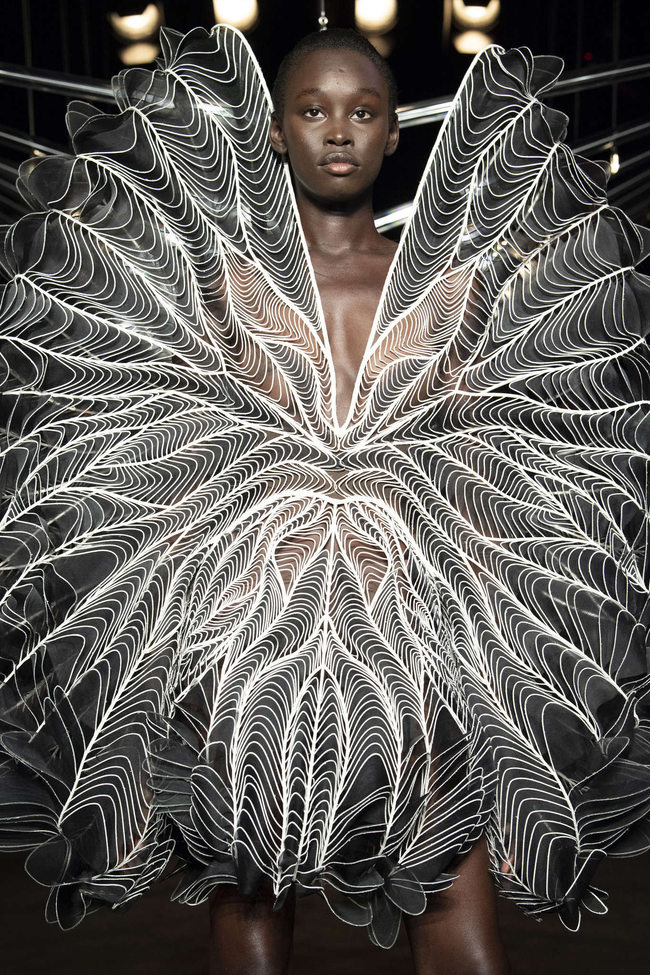 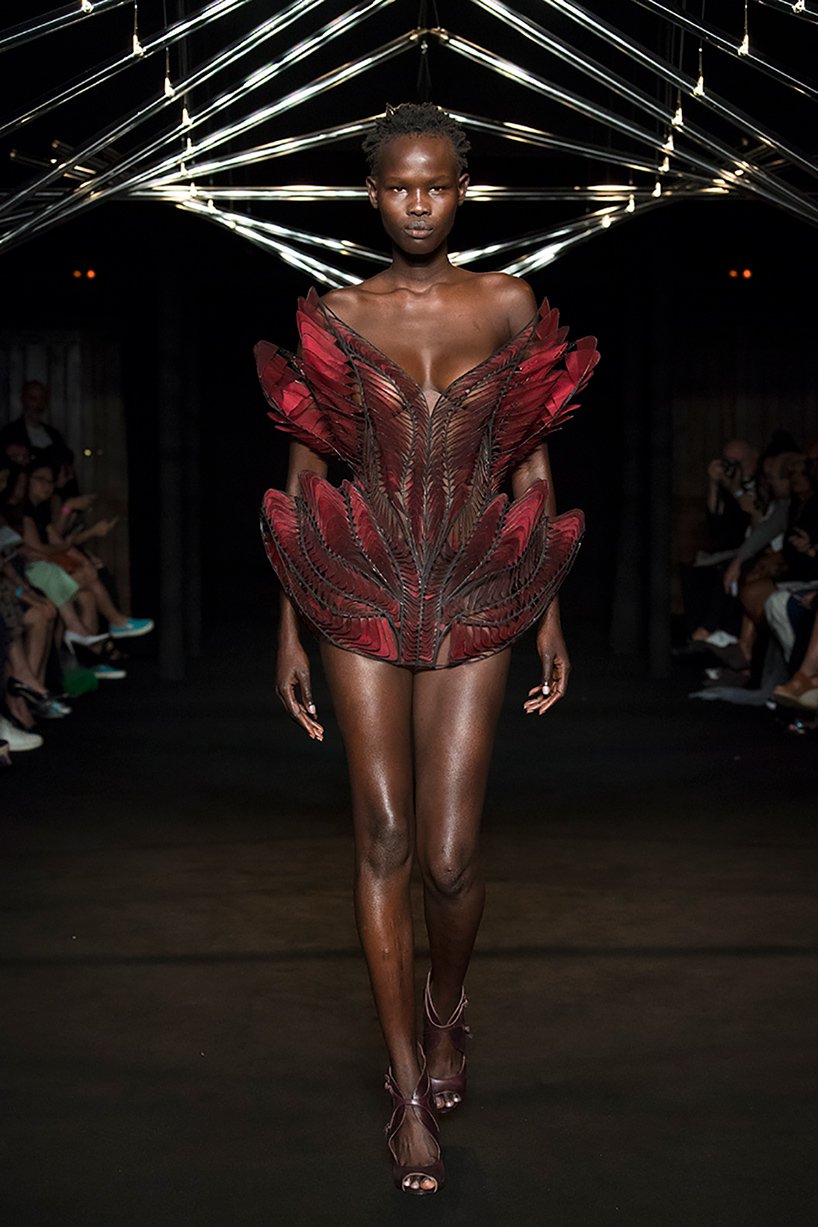 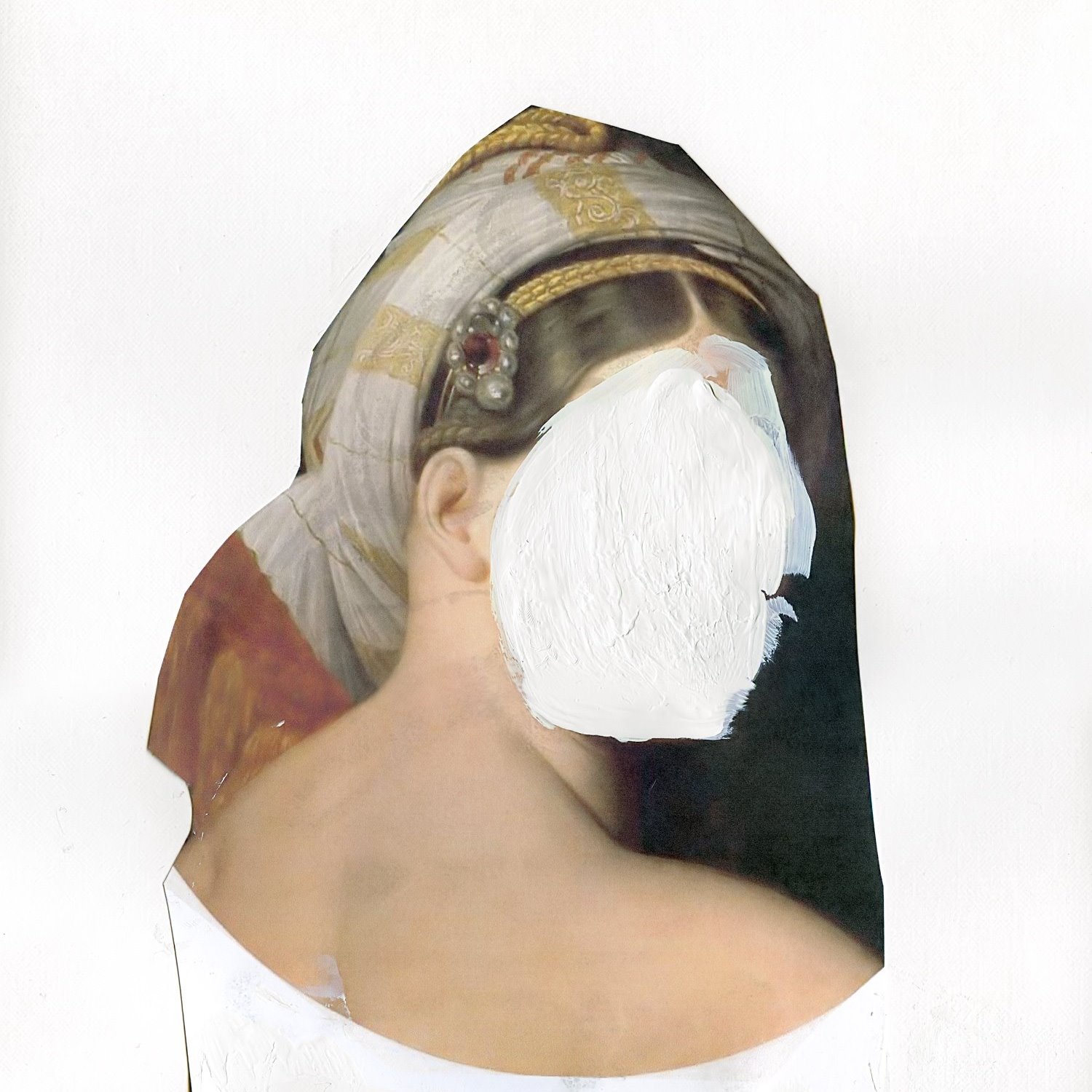 from The Modern Renaissance

Arts and pop culture blogger exploring the world of niche fragrances and their relevant impact.

Pin it Pin on Pinterest
Back to LIBERTY HAS A VOICE